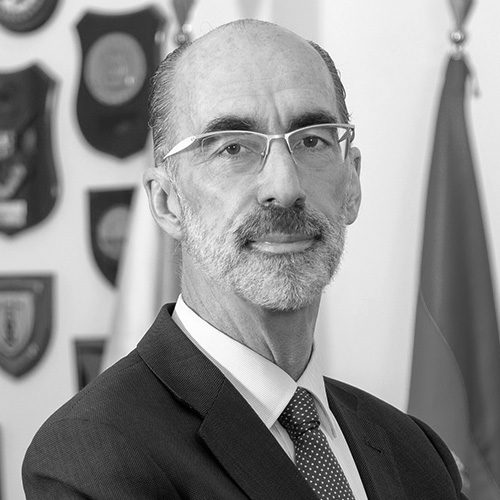 President of the Port Authority of Vigo

Jesús Vázquez Almuiña, graduated in Medicine and General Surgery from the University of Santiago de Compostela and a specialist in Family and Community Medicine from the Segovia Teaching Unit, is the president of the Port Authority of Vigo.

He is also a University Expert in Admission and Clinical Documentation from the Complutense University of Madrid and has a master’s degree in Health Law from the University of A Coruña. His professional career began as a doctor in the Emergency and Intensive Care Department of the Povisa Hospital (Vigo) and family doctor in Primary Care. Afterwards, he was promoted to Head of the Reception, Archives and Patient Care Service at Povisa. His next stage was at the Meixoeiro Hospital in Vigo, where he was Coordinator of the Admissions and Clinical Documentation and Patient Care Service and then Managing Director.

His following positions were as Provincial Director of SERGAS in Pontevedra, Provincial Deputy for Pontevedra and Regional Deputy. After being Mayor of the Municipality of Baiona between 2004 and 2015, he was Regional Minister of Health of the Xunta de Galicia until 2020, when he was appointed President of the Vigo PA at the end of the year.